The McNeill Street Water Treatment Plant was constructed in 1887 as the original water works for the City of Shreveport, Louisiana. It was the second water works built in Louisiana and one of the first in the post-Civil War South. As with many other municipal utilities developed during this era, it began as a private franchise that constructed and operated water treatment and distribution and sewer collection facilities. The franchise of the Shreveport Water Works Company, as it was originally known, lasted for 30 years and through four different owners, before the City of Shreveport forced the sale of the water system to the City. The site later became known as the McNeill Street Water Treatment Plant due to its location at the end of McNeill Street north of downtown and to differentiate it from the new water works constructed at Cross Lake in 1931.

In the 19th century, most middle and upper class households in the Shreveport area had cisterns. These large wooden barrels or tubs, located above ground and adjacent to the buildings whose runoff rainwater water they collected, provided water for bathing and laundry. This was not a reliable source of drinking water and it provided a breeding ground for mosquitoes that could spread malaria and yellow fever. For the wealthy, drinking water often came from springs and was delivered at a cost of five cents per bucket or 50 cents per barrel. At these prices, the poor could not afford clean water to drink or to even bathe often, and the additional lack of a public sewer system created unsanitary conditions ripe for disease. However, the main issue that forced the creation of a water works system were the fires that sometimes swept the city. Without a readily available and consistent source for water, fires were nearly impossible to control. 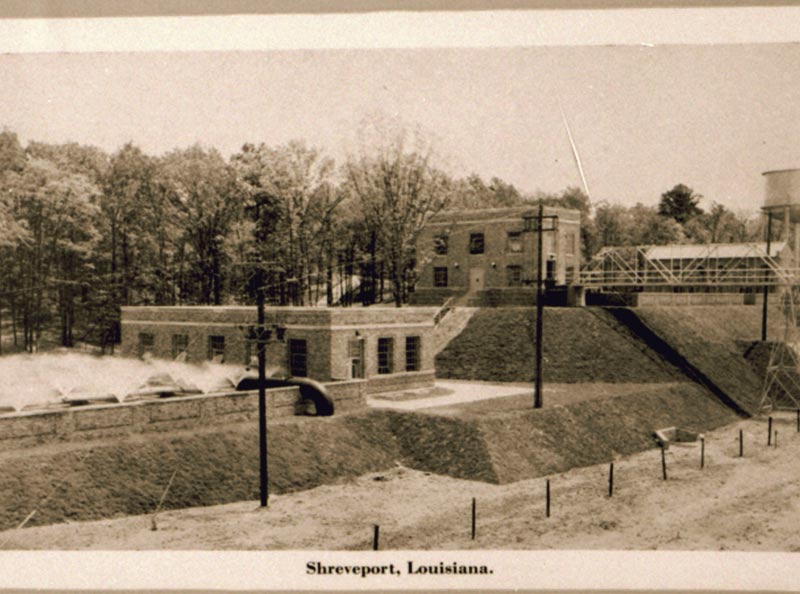 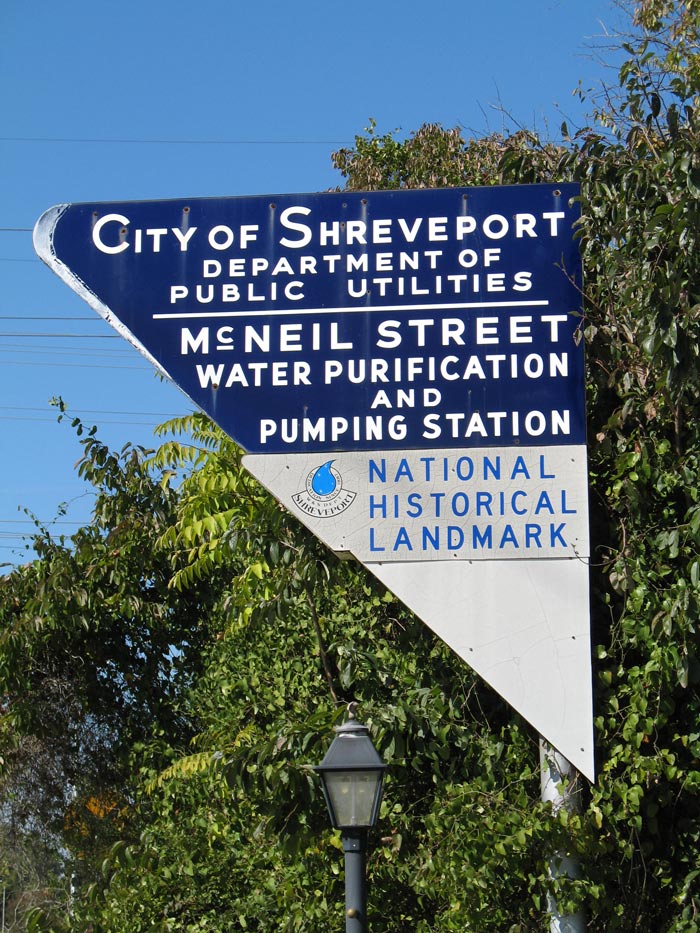 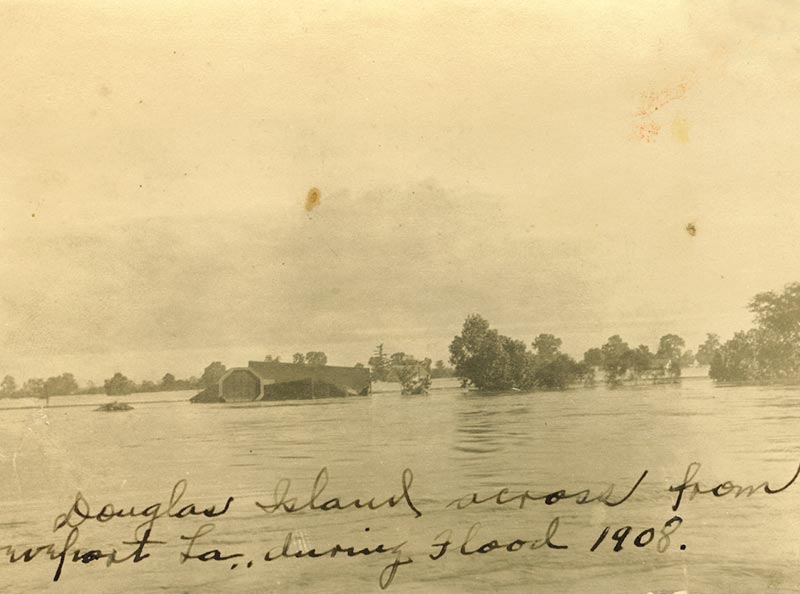 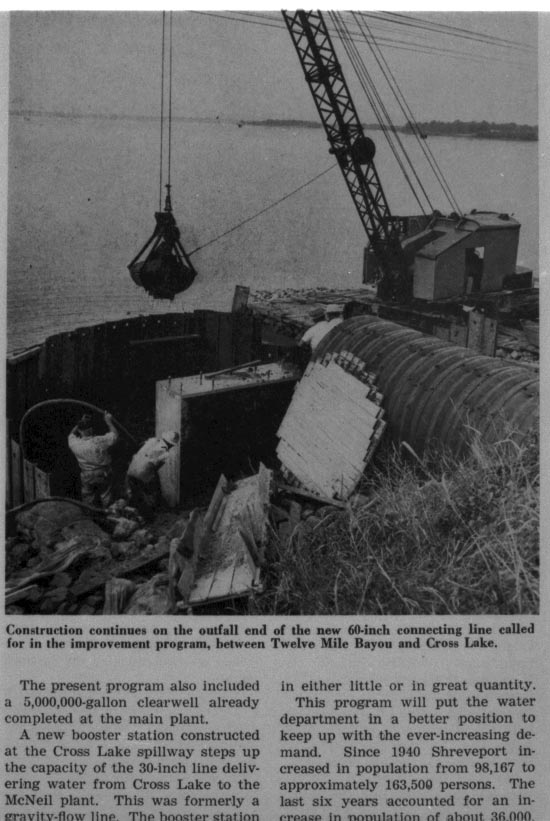 Shreveport’s water works, completed in July of 1887, was the second in Louisiana, preceded by New Orleans in 1837. It was built under a franchise agreement with Samuel R. Bullock & Company of New York. However, disputes soon arose because the water works failed to produce the level of service and quality water that was agreed upon. Bullock began to make improvements by beginning the addition of filters in 1889 after the city and many customers refused to pay their bill, as the water was often muddy and unfit for consumption. Also in 1889, the First National Bank of New York assumed control through foreclosure and completed the installation of four Hyatt pressure filters in 1890. At this time, less than 10% of the nation’s water works filtered water, and only 12 of those were in the South.

In the fall of 1892, prominent local businessman Peter Youree purchased the water franchise and would ultimately invite his brother Henry to assume the duties of superintendent. Several improvements were made that increased water production, but did very little to improve water quality. In 1899, American Water Works & Guarantee Co. purchased the franchise and made considerable improvements and quickly invested more than $100,000. In 1900, the #1 high service engine was installed. AWWG increased low service capacity from three to 10 million gallons/day and high service from two to 11 mgd. New boiler feed water heaters, a clearwater well, and many minor upgrades were added.

After expiration of the original 30-year franchise agreement, the city forced the sale of the water works to the city by AWWG at a price of $800,000. On January 1, 1917 the era of private owner-ship had ended and the water works began many more decades of service to the community under city ownership.

“…a second century of service to Shreveport and its citizens, this time as a tourist attraction, recreational and cultural site, and educational institution.”

The historic portions of the McNeill Street Water Purification and Pumping Station were finally retired and abandoned by the city in 1980. These areas include the intake structures adjacent to Cross Bayou, the sedimentation basins built in 1887 and rebuilt using concrete in 1926, the exterior filters and filter control building constructed in the1940’s, and the original 1887 building, which was enlarged several times during its 93 years of use, and the antique equipment housed by this structure. This machinery includes some of the earliest water treatment filtration equipment installed in the United States, dating from 1890 and 1900, and steam-powered pumping engines that were installed in 1898, 1900, 1920, and 1927. When the 1917 boilers that provided the steam that powered the plant were finally extinguished in 1980, the McNeill Street Plant was thought to be the last operating steam-powered water treatment plant in the United States by the Smithsonian.

Since its retirement, the McNeill Street Plant has been recognized many times for its historic and technological values. The Historic American Building Survey and the Historic American Engineering Record surveyed and recorded the site and its equipment in 1980, archiving the information in the U. S. Library of Congress. That same year, museum curators from the Smithsonian Institution in Washington, D.C. visited and investigated the facility and considered portions of its pumping machinery to be probably the last remaining examples of their types, and especially significant because they were still in their originally installed locations and still operable. 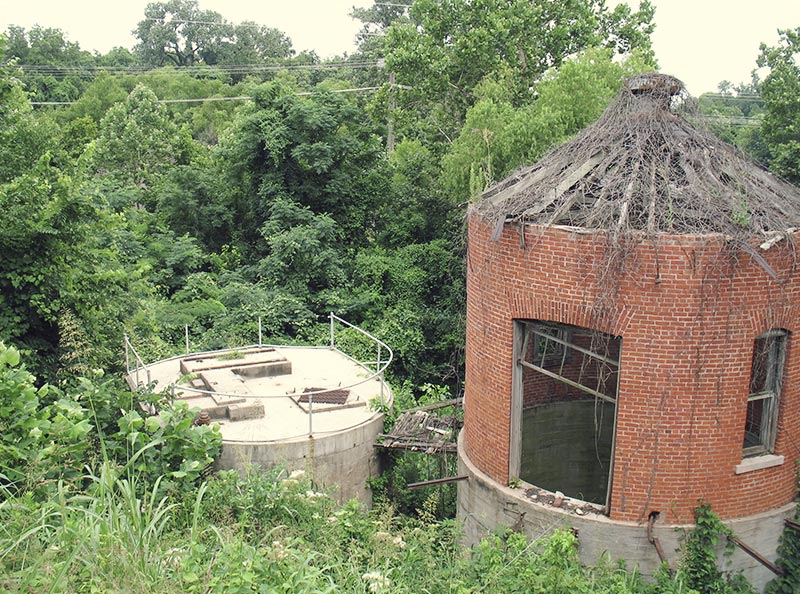 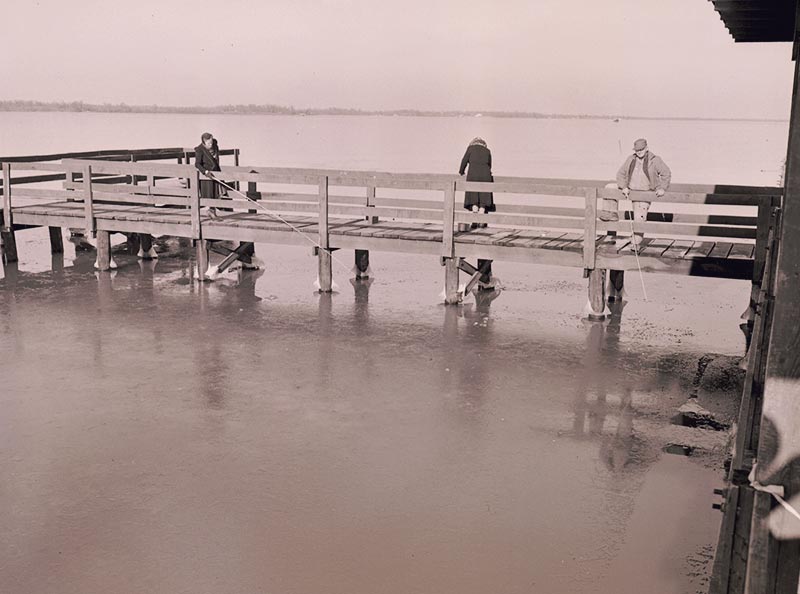 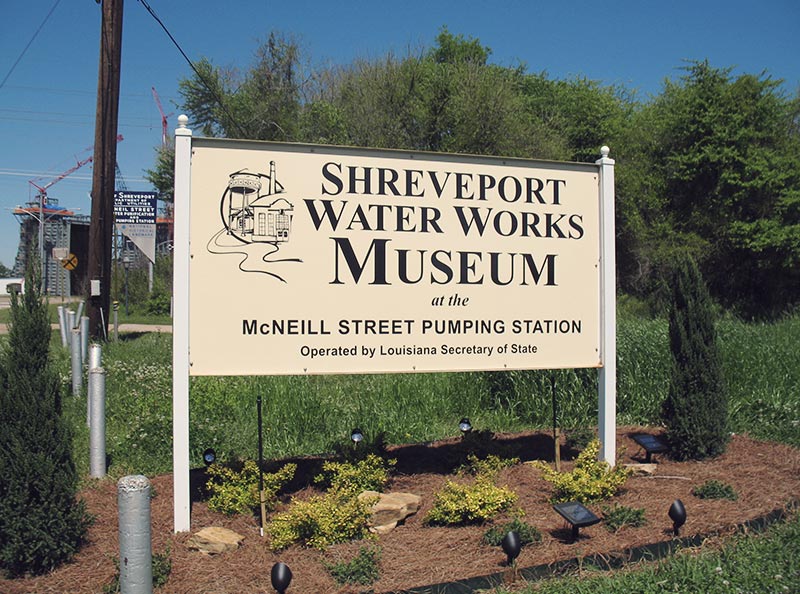 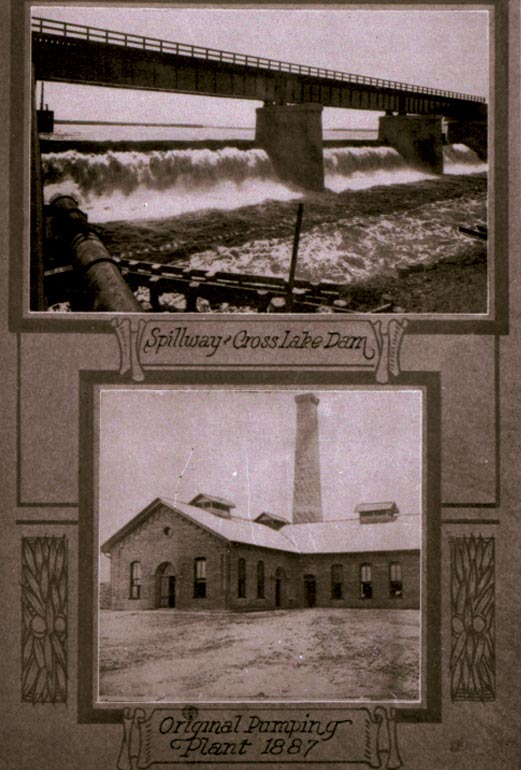 In 1982, McNeill was named to the National Register of Historic Places and recognized as a Historic American Water Landmark by the American Water Works Association. In 1983, the water plant was designated a National Historic Landmark by the U. S. National Park Service, the highest historic status awarded, and it is still one of only two NHL’s in Shreveport and northwest Louisiana. In 1987, the City staged a 100 year birthday party for the water plant in recognition of its pivotal role in the development of Shreveport into the major metropolis in northwestern Louisiana. At about the same time, a documentary film about McNeill was completed to publicize the site. And the recognitions have continued up to the present time, as the American Society of Civil Engineers named the site a National Historic Civil Engineering Landmark in 1999.

The McNeill Street Water Purification and Pumping Station provided fire protection and purified water for the citizens and businesses of Shreveport for 107 years, before purification operations were terminated in 1994. At that point, “Water Purification” was dropped from the title, to denote the cessation of water treatment operations and the new use of the facility as a pumping station for the storage and provision of potable water and dependable fire protection for downtown Shreveport and Barksdale Air Force Base in Bossier City. The active area of the site continues to serve these vital purposes at this date.

More recently, in 2006 at the urging of the McNeill Street Pumping Station Preservation Society, the historic site was donated to the State of Louisiana by the City of Shreveport. The old water works became the Shreveport Water Works Museum (see the Water Works Museum page) that operated under the Secretary of State’s museum program until 2017. In 2017, the State withdrew from the museum and returned the site to the City of Shreveport, which has contracted with the Preservation Society to continue the operation of the Shreveport Water Works Museum, although at the Society’s expense. The museum is open regular weekly hours to offer visitors an up-close look at one of our country’s unique historic landmarks.

Send us an email and we'll get back to you, asap.